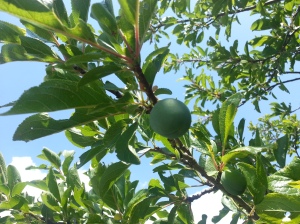 Hell-bent in search of excellence
A certain guy, let’s call him Lance
Decided to sit on the fence
He did not want to fail his fans

On every fault, deficiency
On words that might give currency
To rumor, gossip… men fancy
That famous people ought to be

Much better than the average man
Although our Lord did all He can
To make us see, we’re all the same
Whether unknown or shot to fame

Our faith in Him does not belong
With worldly stuff, though that is strong
Even the Church is often wrong
About His teaching and His song

Which wrote His type called Solomon
This book that should sound on and on
In our souls and hearts that won
Our gracious Lord, His Christ, The Son

Even if men don’t know God’s word
It is not false, it’s not absurd
To say that God will clear the blurred
That people in the Church have heard

In closing, I would only tell
I’d love to jolt and ring the bell
Like once that woman at the well
Who overcome with joy did sell

Her past life and her present tense
Crying against all common sense
“No more will I sit on the fence
A new life is what will commence!”